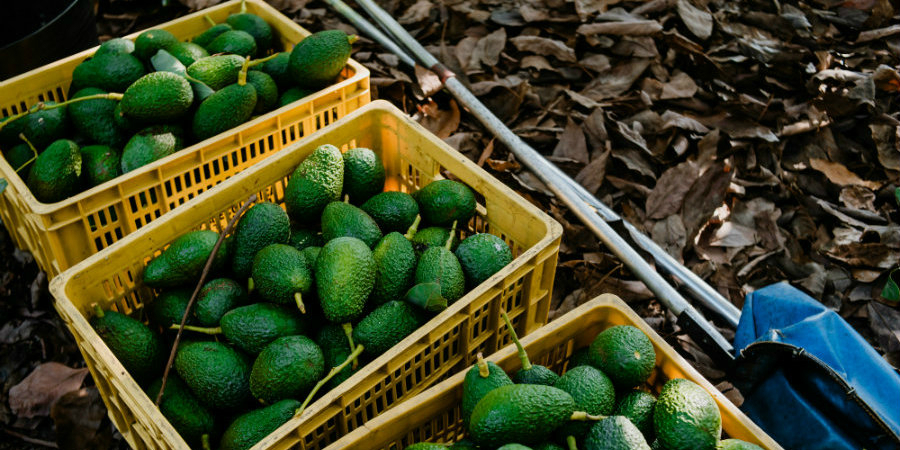 Criminal groups now “embedded in the entire supply chain” of production in Michoacán where violence, extortion and illegal land clearing are rife

Mexico’s avocado heartlands are being infiltrated by criminal groups seeking to cash in on its global popularity and this is leaving international consumers increasingly exposed to buying “illegally produced” fruit.

The presence of criminal organisations in the sector has escalated as groups have taken central roles in the fruit’s production and transportation, predominantly in Michoacán – the country’s biggest export producing region – in an effort to diversify their illicit revenue streams.

The risk analysis group Verisk Maplecroft said in a December research briefing: “Companies trading in avocados or avocado-based products are exposed to the violation of international or corporate best-practice standards on labour, sustainability and anti-money laundering and corruption.

“Given the power and reach of criminal organisations… companies will be unable to eliminate the risk of handling illegally produced fruit.”

The US remains the largest export market for Mexico’s avocados – the country imported $2.1 billion worth in 2018 – while demand in Asia is booming too with China imports jumping from $31 million in 2017 to almost $50 million a year later.

From January 2017 to the end of November 2019 Europe received more than 9,000 shipments of Mexican avocados. International customs data indicates that 50 per cent of these shipments originated from companies with a Michoacán address and 30 per cent were based in the neighbouring state of Jalisco.

Maplecroft’s Christian Wagner, author of the December research, says there are no parts of the avocado supply chain in Michoacán left untouched by rogue actors.

“The criminal groups are now embedded in the entire supply chain [in Michoacán]. They grow, transport and steal avocados and they extort money from other producers,” Wagner, the firm’s Americas Risk Insight Analyst, told Earthsight. “Criminal organisations have their own farms; extort other farmers and also operate in the logistics part of the supply chain: the road shipments through Mexico to the distribution centres and ports of exit.”

The Viagras, a cartel operating in Uruapan, Michoacán’s second largest city, reportedly placed a tax on avocado producers in March charging them $250 a hectare in “protection fees”.

Maplecroft estimates that more than a dozen criminal gangs are vying for control in Michoacán and other avocado producing regions.

Its briefing note detailed how rates of murder and violent theft against cargo transport in Michoacán have risen sharply. The third quarter of 2019 saw more than 450 murders and 300 incidents of cargo theft reported in the state.

Issues of illegal deforestation are also worsening as resource-rich criminal groups ramp up their involvement.

“Before, maybe you had some farmers who would encroach on protected woodland to grow a few avocado trees… unlikely to account for more than 5 per cent of total production,” Wagner explains. “But now you have industrial scale operations. It is not a few trees by a few farmers, it is acres and acres of woodland getting cleared by [criminal] organisations which have all the resources to carry out major forest clearing operations.”

That year illegal crops were discovered at a UNESCO World Heritage site in Michoacán and last year authorities in Jalisco identified 1,000 new hectares of land illegally cleared for production.

Wagner believes around half of all Mexican avocados entering the US are likely to have been “unethically sourced, transported or harvested” and he estimates up to 10 per cent of imports entering EU markets could be similarly tainted.

The disparate nature of the supply chain with distributors purchasing from many different farms along with an inability of authorities to stamp down on criminal groups that have long wielded power and influence means eradicating illegal operations in the sector is a nearly impossible task.

“Unsustainable avocado production in Mexico has been a concern for activists and regulators for years, but it was always a challenge of the industry and it wasn’t something which affected a region as a whole,” he adds. “Today, you have the same problem, but proportions have changed completely.

“There is really no way that companies dealing with this product [Michoacán avocados] can be completely isolated from the problem.”