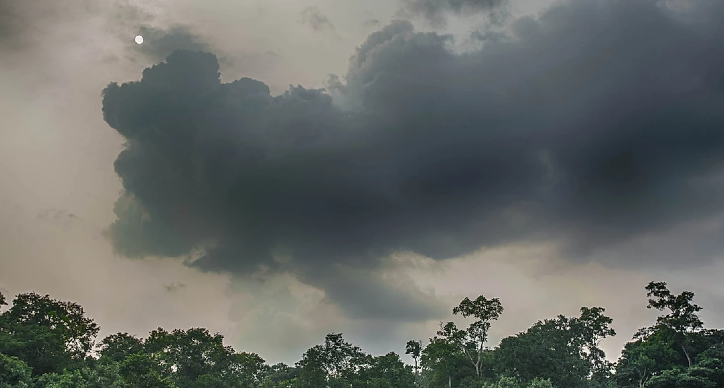 For an update on the findings in this report, click here.

An investigative report released today documents the destruction of the forests of the Congo Basin for industrial palm oil and rubber plantations.

The Coming Storm, released by the London-based non-profit Earthsight, reveals that five-hundred square kilometres of forest has been bulldozed in the last five years and that the destruction is set to accelerate, as high-level corruption and some of the regions’ most notorious logging companies combine to create a toxic mix.

The most shocking new findings come from the Republic of Congo, where the Director General of Agriculture warned the owner of a plantation firm involved in illegal logging “not to brag” about his “secondary activities” when he posted a picture of a giant log on Facebook. The report traces links from this to the largest project in the region to-date, encompassing an area of pristine forest three times the size of Greater London and home to some of the densest concentrations of gorillas and chimpanzees anywhere in the world.

In neighbouring DR Congo, a former senior official admitted that the sector in the country was a veritable free-for-all, with companies being allowed to clear forest without required deforestation permits or impact assessments and without paying relevant taxes. The report’s fieldwork confirmed this picture, revealing how the country’s largest logging firm has cleared forest illegally and destroyed local livelihoods under the guise of ‘replanting’ a dilapidated colonial-era plantation which once featured in a Graham Greene novel.

Earthsight’s research exposes the hypocrisy of the region’s governments, whose top officials jet around the globe promising to protect forests and respect rights, while at the same time consigning vast areas to destruction and turning a blind eye to illegality and abuse. It reveals that each of the largest logging firms in Republic of Congo, DR Congo and Central African Republic are all now connected in some way with plantation projects clearing forests. These companies have some of the worst reputations for illegalities and human rights abuses of any in their sector; one has even helped fund armed conflict.

Read extracts from The Coming Storm: Illegal clearance under the guise of old projects, as opacity reigns in DRCHypocrisy and friends in high places in the Republic of CongoAsian governments backing deforestation in Gabon and Cameroon

The report highlights the threat posed by the absence of transparency within the sector, which is allowing abuses to flourish and hampering the efforts of local campaigners seeking to prevent them. The giant development linked to high-level corruption in Republic of Congo, for example, Earthsight also discovered has recently been sold to an opaque shell company registered to a small office in Kuala Lumpur, Malaysia, that serves as a front for more than 250 companies. None of the contracts, permits or maps relating to the project have ever been published by the government.

The report’s authors see little hope that voluntary commitments on forests by major international palm oil and rubber buyers can be relied on to prevent the destruction, and focus instead on western governments, contrasting their actions on timber with those on agricultural commodities. They claim that the international donors whose money helps bankroll the region’s agriculture ministries have made little effort to use their influence to crack open the ‘black box’ in which the disaster is developing.

Over the last few years, tough global economic conditions have prevented much more rapid devastation, but with rising global demand the report argues this is likely to change, and that the region is unprepared to handle the consequences when it does. “All the ingredients are in place for a repeat of the disaster wrought by industrial agriculture to rainforests elsewhere” said Sam Lawson, Earthsight’s Director. “There is still a chance to prevent this, but time is running out.”

The full report is available in English and French.

Continue reading
The Coming Storm / One year on, temporary halt in deforestation not an end to Congo Basin’s threats

Continue reading
Indonesia for Sale / A carbon bomb in Papua: 7 takeaways from our investigation