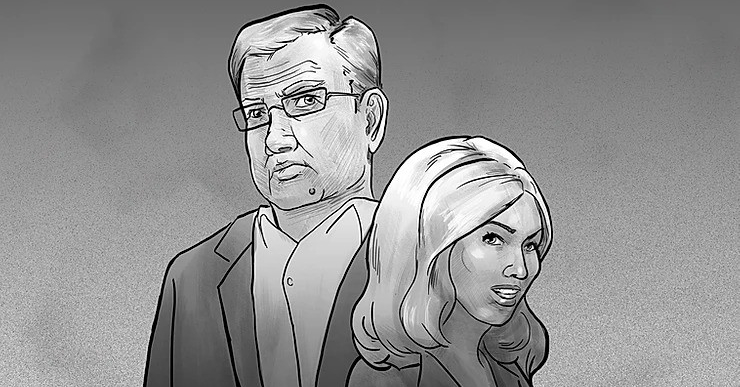 A slew of European firms have been purchasing wood from a supplier owned by the wife of Ukraine’s former forestry chief, even though a criminal case alleging the couple pocketed 795 million Ukraine Hryvnia ($30 million in return for favourable access to Ukraine’s rich timber resources is ongoing. The sales suggest the EU is failing to effectively enforce a law meant to ensure wood imports are legal.

Marina Zhuravleva and her husband Viktor Sivets, a former head of Ukraine’s State Agency of Forestry Department (SAFR) during Viktor Yanukovych’s controversial reign as president, fled the country in 2014 after state prosecutors accused them of netting more than $30 million in kickbacks from four foreign firms to engineer access to timber at discounted prices.

Over the last few years, in hundreds of open-access court documents, investigators have painstakingly pieced together the details of the bank accounts, names of the companies and individuals the two suspects allegedly used to extract the kickbacks.

Sivets and Zhuravleva, who is listed as an accomplice, are being booked under Articles 209 [legalisation (laundering) of criminally obtained money and other property] and Article 368 [taking of bribes] of the Ukrainian Criminal Code.

The case, as Earthsight uncovered last year, names a subsidiary of the Schweighofer Group, one of the world’s largest timber companies, as one of four firms that allegedly offered Sivets kickbacks.

Euphemistically dubbed as payments for ‘marketing services’ in court documents, the Sivets allegedly channeled the illicit funds through a complex network of overseas shell companies in an attempt to evade authorities.

One firm identified in court documents as an indirect recipient of the kickbacks - PJSC Klevansky Forestry Promin - is owned by Zhuravleva. She held a 95 per cent stake in Klevansky as of March 2018 (prosecutors said in 2016 that her assets in the Ukrainian timber supplier should be frozen).

She also retains a 90 per cent stake in Apogey LLC, another timber company whose offices were raided by prosecutors during the investigation.

Now new Earthsight research has uncovered that for at least three years since the criminal case started - the largest corruption case involving Ukrainian forestry officials - timber buyers across Europe have continued to buy products from one of these firms.

Between 2016 and 2018, they imported Klevansky timber worth approximately 13.2 million Hryvnia ($500,000). The three largest importers, accounting for 86 per cent of trade, are Co Mo Las, Primpanel and Sangiorgi Legnami.

This is not the first time that Basso Legnami has come under suspicion of breaching the EU Timber Regulation (EUTR).In October 2016, it was one of three Italian firms about which formal 'substantiated concerns' were submitted to Italian authorities by EIA, an NGO, regarding teak imports from Myanmar.

The imported wood panels are used to build walls, doors, furniture, beams and for kitchen surfaces.

Klevansky’s biggest EU buyer is Tuscany-based firm Co Mo Las [Commerciamo Legno in Tutta Italia], which claims to source its material from the ‘’best lumber producers in the world.’’

Another Italian importer, Sangiorgi Legnami, states on its website that it chooses its suppliers carefully, and with ‘rigorous respect for laws and the environment’.

Swedish firm Primpanel was importing timber from Klevansky until February last year, but its main ‘’Primwood’’ brand claims to use Swedish forests as the basis of its production.

In Spring 2019, Klevansky was dissolved, leaving behind unpaid debts of millions of dollars.

When contacted for comment, a representative of Primpanel stated that they had met Klevansky at an exhibition in 2015, since when they had only had phone contact with an individual named Roman.

They also told Earthsight that Klevansky had gone bankrupt in Autumn 2018 and stated that they had not traded with them in two years.

There was no response from the Italian firms.

Sivets is known as the chief architect of a system of pervasive corruption in Ukraine’s forestry agency. Yanukovych’s cozy relationship with him - the pair were tennis partners and hunted wild boar and foxes together - meant the former forestry chief’s actions went unchecked for years.

Sivets was hand-picked for the SAFR job by Yanukovych in 2011 and the duo’s time in office dovetailed each other’s until the president’s and his government’s corrupt dealings began to unravel as the Euromaidan protests erupted in late 2013.

Estimates suggest that by the end of his regime, Yanukovych and his cronies stole approximately 2.6 trillion UAH [$100 billion] from Ukraine. Most of these assets remain un-recovered. Meanwhile, the aftershocks from this, one of the grandest and most brazen corruption schemes Europe has seen in recent years, are still being felt today.

Forestry enterprises controlled by the SAFR supply almost all raw materials used by companies such Klevansky. Forestry officials in regions with the most timber stocks, including the district where Klevansky operates, commonly collude with timber companies and customs authorities to export illegal timber.

To this day, corrupt officials have continued to enrich themselves by skimming a bit off the top of timber sales or receiving kickbacks in exchange for timber access, à la Sivets.

Unjustified sanitary cutting, use of fake origin certificates, under-declarations of weights, species and value at customs are some of the illegalities documented by journalists, the EU, Earthsight, World Bank, WWF, Interpol and others.

Evidence of many of these illegalities had been freely available in the public domain years before Earthsight’s report was published.

The report also revealed that some of the biggest EU companies were buying timber at high-risk of being illegal from Ukraine for years, during and after the Sivets era, as part of a billion-euro trade.

The Earthsight report found that many of these large EU timber-processing companies were likely in breach of a 2013 law meant to prevent the import of wood sourced illegally overseas.

The European Union Timber Regulation (EUTR) prohibits the import of illegal wood, and also requires buyers to carry out detailed checks in order to reduce the risk of unwittingly sourcing such wood to a ‘negligible’ level. Companies were not abiding by the law, and EU member state governments were failing in their duty to force them to.

Earthsight’s latest findings demonstrate that nearly a year on, such problems remain. It is hard to think of a more glaring red flag than buying from a company owned by a suspect in a high-level bribery case.

Earthsight contacted the authorities who oversee the EUTR in Sweden and Italy for comment. A representative of the EUTR authority in Sweden responded: "We take interest in the information provided by Earthsight.

"We confirm that the company [Primpanel] was inspected and that there is an ongoing case since 2018. The obligations in the EUTR concerning structured use of a system for due diligence has not been fulfilled and thus the case lies in court.”

There was no reply from the Italian authorities.

In May 2019, investigators on the Sivets case had a breakthrough. After several failed attempts, the Kyiv Court of Appeal granted a request to try Sivets in absentia. If successful in bringing a conviction against the pair, it would send a strong message that Ukraine is serious about cleaning up its forestry sector.

In the meantime, if EU firms continue to buy timber tainted with corruption and EU authorities look the other way while they do so, they will be sending a rather different message.